Imperial India sets out to accomplish what no other tour has done. In two and a half weeks you weave through the entire subcontinent; that vast valley of the River Ganga, Rajasthan’s formidable Thar Desert, Kerala's lush coastline and the great Imperial cities of New Delhi, Madras and Bombay. You will stay at India’s finest hotels, dine with royalty, and throughout your journey be pampered with unrelenting attention. 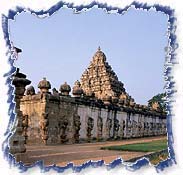 Founded by the East India Co. in the 17th century, Madras is dotted with impressive relics of ancient dynasties. South of Madras stands Mahaballipurm, the great temple city of the Pallava Dynasty where a profusion of temples spill onto the beaches.Taj Connemara

Days 05-06 : Kerala, The Backwaters
You'll stay on a private island on the West coast of India, hidden in the Emerald

Days 07-08 : Cochin, Trading Port of old
Cochin is characterized by its diverse colonial past-the Portuguese Church of St. Francis. the 16th century Synagogue and the Dutch Mattancheri Palace. From your harbor resort, watch Chinese fishing boats with their nets outlined against a setting sun. Taj Malabar

Days 09-10 : The Spirit of Bombay
The most colonial of India's cities, Bombay offers an abundance of urban activities, from sightseeing to shopping. Soak up the old world atmosphere of your hotel, the Taj, host to illustrious guests since its opening in 1903. Taj Mahal Palace Hotel

Days 11-13 : Royal City of Jaipur
The royal city of Jaipur still enchants visit or with its lovely pink hues. first painted during a visit by the Prince of Wales in 1876. Marvel at the cheerful architecture of the Palace of the Winds, and ride atop elephants to the majestic Amber for before pampering yourself at your hotel, the sublime Rajvilas 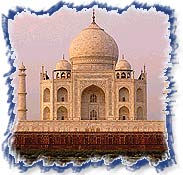 An architectural wonder and tribute to beauty, the colors of the Taj Change at different hours of the day. The Taj is Pinkish in the Morning milky white in the evening and golden when the moon shines. Amarvilas

Day 16 : Varanasi, Spiritual Center
Take a sunset cruise along the "ghats" of the Ganges River to see the faithful assembled for ritual cleansing. Meander by rickshaw bicycle through Varanasi's winding maze of alleys and tall houses. Taj Ganges Hotel.

Days 17-19 : New Delhi, India's Imperial City
Sirs Edward Lutyens and Herbert Baker designed the eight city of New Delhi a city of mysterious eternity whose ruins proclaim a majestic and imperial past and whose present pulsates vibrantly with life, The Imperial Hotel