Location : The wildlife sanctuary is located in the south west part of the peninsular state of Gujrat and is 42 km from Junagadh, a city in Gujrat.
Best time to visit : Though the sanctuary can be visited throughout the year the best time to visit is between the months of November and June.

Gir Wildlife sanctuary, situated in the southwestern region of Gujarat covers around 116 square-miles of area and was built to protect the last wild population of Lion beyond the regions of Africa. During 1913 the population of Lion fell drastically to just 20 animals but now the numbers have risen to around 300, which was the result of the conservation efforts. Earlier the royal hunting grounds of the Nawab of Junagadh, The Gir National Park was later earmarked as a protected forest by the concerned Government bodies.


How to reach :
Air : the nearest airport is Keshod via Veraval is 90 km from Gir and there are daily flights from mumbai to Keshod.
Rail : The meter gauge rail line of 395-kms from Ahemdabad is the nearest rail connection from Gir.
Road : Gir is located at a distance of 400-kms from Ahmedabad via Rajkot, Junagadh and Mendarda and state transport buses are readily available from Junagadh and Veraval to Gir, between the months of November and June. 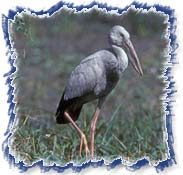 The Flora : The Gir National Park is mainly occupied by deciduous forest where the various varieties of trees are teak, flame of the forest, Acacia and Banyan trees. There is peculiar kind of vegetation along the main rivers and streams where species like the Jambu, Karanj, Umro, Vad, Kalam, Charal, Sirus and Amli are found. The main features of the trees are that they have broad leaves and are evergreen, giving the area a cool shade and moisture content to the environment.
The Fauna : Gir wildlife sanctuary consists of a large population of Lions and the second most common predator found in the forests of Gir is Leopard. According to the surveys conducted amongst all the sanctuaries it has been found that, Gir national park houses one of the largest population of Leopards in the country.
There are other animals also found in the Gir national park such as Sambar Deer, Chital Spotted Deer, Nilgai Antelope, Chowsingha Four-Horned Antelope, Chinkara Gazelle, Wild Boar, Langur Monkey, Jackal, and Hyena.
The Avifauna : The various birds found in gir are Paradise Flycatcher, Bonneli's Eagle, Crested Serpent Eagle, Woodpeckers Flamingo etc.


Park Trip
Jeep safari : The two commonly found predators in the sanctuary can be easily spotted at dawn or dusk when they are on their prowl and the best way to view the wild animals in the sanctuary is by driving via jeep around the forest.