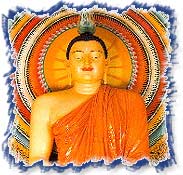 Siddharth Gautam, born the son of a king, grew up in Kapilvastu amidst luxury and splendour. At the age of 29 he left earthly distraction behind, to begin his quest for the true meaning of life -a search that took him to the land of Magadha. At Bodhgaya, after years of penance and deprivation, he attained "Enlightenment" under the sacred Bodhi tree-to become Buddha. In the fabled deer park at Sarnath, the Buddha preached his first sermon. He then travelled widely preaching his philosophy. At the age of 80, in the forest of Kushinagar, he entered perfect tranquillity-the state of "Parinirvana." Lumbini, Bodhgaya, Sarnath, Kushinagar, Sravasti, Vaishali and Kapilvastu- these sacred places of Buddha continue the legacy of this remarkable being who practiced and preached peace, purity and love. We invite you now to this special world one not just of spectacular temples, monasteries and stupas but where you may actually walk in the footsteps of "The Enlightened One"-the man, who changed the world.

Tour Highlights :
Visit the grove of Lumbini where the Enlightened one was born; Bodhgaya where He attained enlightenment: Sarnath where the wheel of law was set into motion and Kushinagar where He passed into Mahaparinirvana. Also included in this tour is sightseeing of Delhi and visit to the city of the world famous Taj Mahal, Agra.

Day 01 : Arrive Calcutta or Delhi
Half Day Sightseeing of the city. Overnight at hotel.

Day 02 : Calcutta/Delhi - Patna - Bodhgaya
Leave Calcutta/Delhi for Patna by air. Drive to Bodhgaya (125 kms. / 3 hrs.) where the Buddha attained enlightenment and which is one of the most sacred pilgrimage places for the Buddhist. Enroute visit Nalanda and Rajgir. Nalanda-a great center of Buddhist learning and one of the most famed university citadels of ancient times. Rajgir-it was once the ancient capital of the powerful kingdom of Maghada. From the out skirts of Rajgir, a historic road leads to Gridha - Kuta or vultures peak where the Buddha preached, here the first Buddhist Council was held after the Lord's Mahaparinirvana. 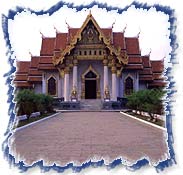 Sightseeing of Bodhgaya. Here under the Bodhi Tree, Shakyamuni Gautama attained supreme knowledge to become Buddha, "the Enlightened one" the propounder of one of the great relegious of the world. River Nirajnana in which the Buddha bathed after attaining elightment flows qulitely outside the tiny hamlet. Overnight in Bodhgaya.

Day 06 : Kushinagar - Lumbini
Morning visit Mahaparinirvana Temple and Ramabhar Stupa. Later drive to Lumbini by surface (170 kms. / 4 hrs.). Sightseeing of Lumbini where the Lord Buddha was born. Visit the pillar raised by Emperor Ashok, In the twenty first year after his coronation at the birthplace. Proceed to Balrampur (197 kms. / 6 hrs.). 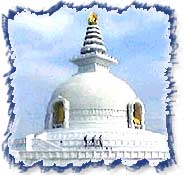 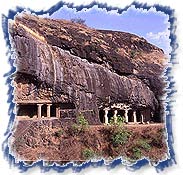