In Madhya Pradesh, Gwalior is the state's northernmost city and a convenient Entry point. Gwalior's landmark is its hilltop fort which contains a fine museum and an ancient temple, among, other monuments. 120 km from Gwalior is the medieval city of Orchha with exquisite palaces and cenotaphs. Built by an 11th century king of the Bundela dynasty, Orchha is now a ghost city containing the remains of what must have been once spectacularly lovely monuments, and which combine Hindu and Muslim architectural. traditions. Shivpuri, atop a plateau, contains two picturesque lakes and a national park that abounds in species of deer and antelope. Khajuraho, an obscure village, no more than a clearing in the jungle, now captures world attention for its 22 temples built by rulers of the Chandela dynasty. Each temple, built of stone, is distinguished by carved spires and walls, where the subjects range from aesthetic depictions of major and minor deities and celestial beings to a variety of erotic sculptures.

Bhopal, the capital of the state of Madhya Pradesh, has grown around a large lake, the ornamental newer part of the city being roughly opposite the labyrinthine lanes of the old town. Craft - notably velvet handbags studded with stones, and lacy silverwork - is practised in narrow alleyways that lead off from domed mosques in the old city. 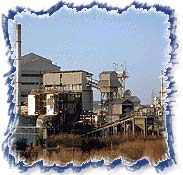 Bharat Bhavan is a showcase of Indian art, folk traditions, sculpture and a centre for the performing arts as well. Bhimbetka, a few hours' drive from Bhopal, is the site for spectacular cave paintings; Udaygiri, another excursion from Bhopal, has notable cave sculptures of religious themes. Sanchi is an unmatched repository of Buddhist art and architecture. Located on a secluded hill crowned by a group of stupas and gateways, it occupies a unique position in the history of Buddhism. Its stupas, chaityas, temples, monasteries and gateways are embellished by the most delicate carvings that depict various incidents in the Buddha's life as well as important teachings. Good guide services, an essential part of sightseeing in Sanchi, are available here. A 90 km drive from Indore takes one across a narrow gorge, after the horizon widens abruptly, to reveal the deserted city of Mandu. Built as a testament of love by a Muslim ruler for his Hindu queen, Mandu's air of, serenity and spaciousness offsets to perfection its palaces, temple and mosque which lie scattered over the 75 km of Mandu's fortified area. Most interesting of all is the imaginative use that has been made of the surroundings. Thus Jahaz Mahal or Ship Palace is actually built in a pond on which it appears to float, and Hindola Mahal or Swing Palace gives every appearance of living up to its name.

Orchha had the distribution of being the capital of one of the largest and most powerful kingdoms of Central India. It was founded in the 16th Century by the Bundela cheiftan Rudra Pratap. Dotting the landscape are numerous shrines, memorials and palaces each contributing to the legend that is Orchha.

The capital of the Chandela Kings, Khajuraho is famous for its magnificent temples dedicated to Lord Shiva, Lord Vishnu and the Jain Tirthankaras. These temples are built between 950 A.D. and 1050 A.D. The temples of Khajuraho represent some of the most exquisite specimens in medieval India, only 22 temples out of 85 now survive.

Situated on the banks of the river Saraswati and Khan. Indore was planned and founded by Rani Ahilyabai Holkar and derives its name from the 18th century Indreshwar Temple. Indore is a flourishing industrial city with a proud past. Chief attraction is the Kanch Mandir or Glass Temple of the Digamber Jains. The walls, floor and ceiling are lavishly inlaid with glass and mother of pearl. Palaces and cenotaphs of the former rulers are other attractions. 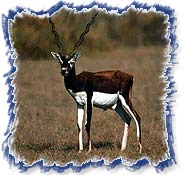 Kanha National Park in the Mandla District spreads over 1,945 sq.km of dense sal forests, interspersed with extensive meadows and trees and clumps of wild bamboo. This area known as Kipling Country' is where all the jungle books of Rudyard Kipling were conceived.

Museum (closed on Wednesdays)
There is a museum at Kanha depicting attributes and activities of the park and tribal culture. 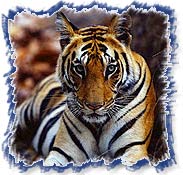 The Bandhavgarh National Park lies in the heart of the Vindhyan Mountain Range in central India. Besides its enchanting landscape formed by the Sal forest in the valleys and majestic tree clad hills in the back-drop. It is famous for a wide variety of wild-life and archaeological remains of the Kalchuri period.

The park area is hilly and is dominated by the majestic Bandhavgarh fort, built in 14th century. The fort and the adjacent hills have a large number of caves belonging to the pre-historic period.