Location : Bandhavgarh national park is located in Umaria district of Madhya Pradesh.
Best time to visit : The best time to tour the national park is from Mid-November to June and the park remains closed during the rainy season from the month of July to early November.


About Bandhavgarh National Park
Bandhavgarh National Park is situated in the low lying areas encompassed by cliffs and wooded Vindhyan mountains, and its plains contain wetlands covered by a variety of grass and reeds, which are the resting ground of numerous birds and other faunal species. This national park nestled among the Vindhya hills came into existence in 1968 when the Maharaja of Rewa handed over the area to the government for it's formation. Bandhavgarh National Park presently consists of an area of 448 square kilometers. The park area is primarily dominated by Sal forests, which is the main tree-cover found in the entire park along with Bamboo. It was finally declared a tiger reserve under Project Tiger in 1993.


How to reach :
Air : Khajuraho airport, situated at a distance of 230-kms, is the nearest airport from the national park and is connected by various domestic airline services with Agra, Delhi, Varanasi.
Rail : The nearest railway station is located in Umaria at 30-kms and lies on the Katni-Bilaspur section of South-Eastern Railway. Another railhead at a convenient distance is Satna (117-kms) and lies on the Bombay-Howrah main line of the Central Railway.
Road : Bandhavgarh National Park lies on the Satna-Umaria & Rewa-Umaria highway. The distance of the park from various places are: Khajuraho via Satna is 230-kms, Varanasi via Rewa is 340-kms, Katni is 75-kms, Rewa 115-kms, Umaria is 30-kms, Kanha is 250kms. Madhya Pradesh State Transport Bus Services are also available from Rewa, Satna, Katni and Umaria. 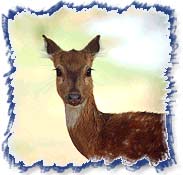 The Flora : Initially the area of the park was 106 sq-kms and contained 25 resident tigers and was thus said to have a high-density of tigers. Today the park has been extended to an area of 448-sq-kms and about half the Bandhavgarh park is filled with fine trees of Sal, while mixed forests are found in the higher reaches of the hills. Stretches of bamboo and grasslands extend to the north and the main wildlife viewing is still done in the core of the park with its 32 beautiful, wooded hills.
The Fauna : The park was once a hunting reserve of the royal family of Rewa and in recent times Bandhavgarh has been declared a national park in 1968. White Tigers of Rewa were discovered in the same site. The various animals found in the park are Elephants, Tigers, Nilgai, Chausingha, Chital, Chinkara, Wild Boar and occasionally a Fox or Jackal.


Park Trip
Jeep and Elephant safari: There are two ways to enjoy wildlife at Bandhavgarh - Jeep Safari and Elephant Safari. Jeep safaris are generally undertaken during the early morning hours till evening. A forest department guide is always their with the visitors on these jeep trips taken inside the park. Most importantly, Elephant safari trips are organised for tiger tracking early in the morning.