Places to see :
At a point of time in history there were 85 temples, but only 20 have survived the ravages of time. The temples are made of sandstone blocks fitted together and are aligned east west. For convenience, these may be divided into western, eastern, and southern groups of temples. There are many temples as, The Kandariya Mahadeo, The Lakshmana Temple, Chaunsat Yogini, The temple of Parsvanath, temple of Ghantai and the temple of Duladeo, which amuse and excite the visitors. 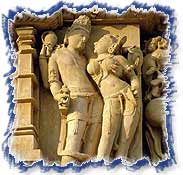 How to reach :
» By Air - A daily Boeing 737 of Alliance Air links Khajuraho with Delhi, Agra, and Varanasi.

» By Rail - The nearest railheads are Harpalpur (94 km) and Mahoba (63 km). Country buses and tongas take you to Khajuraho. The Shatabdi Express from Delhi to Bhopal stops at Jhansi (172 km from Khajuraho). Satna, 117 km away, is convenient for travelers from Mumbai (Bombay), Calcutta, and Varanasi. Taxis and buses are available from here.

Area : 10106 sq km
Population : 29,20,548 (approx.)
Aurangabad is the most visited and largest city of central Maharashta. The city is named after Aurangzeb, who established a capital here in 1633. Earlier in its history, it was known as Khadke. The city is also emerging as an industrial center, with silk fabrics as the major industry. Aurangabad has a number of attractions, other than the world famous EIlora and Ajanta caves, located nearby.


Places to see :
» Panchakki - Panchakki, literally meaning Water Wheel, is a major attraction of Aurangabad. The mill is considered a marvel of engineering. It is driven by water that is brought through earthen pipes from the river 6 km away. Nearby is the shrine of a saint, Baba Shah Muzaffar, who was spiritual guide to Aurangzeb. 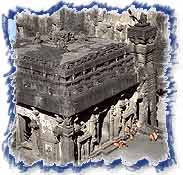 » Bibi Ka Maquara - This tomb of Begum Rabia-ud-Durani, wife of Emperor Aurangazeb, bears a little resemblance from Taj Mahal. Thus, it is also called, “Poor Man’s Taj Mahal”. The monument is an excellent example of Persian Architecture, with exceedingly impressive look. Even if not compared with Taj, the monument has its own charm and has been attracting tourist far and wide.

» Himroo Factory - This traditional factory, situated in the old town near Zaffar Gate, produces hand-woven Himroo shawls from cotton, silk and silver threads. This art, known as Kam Khab, is considered to be a cheaper alternative to the prized brocades of silk and gold thread. The Himroo shawls and saris can be found in many showrooms around the market area of Aurangabad.

» Aurangabad Caves - Keeping Ajanta and Ellora caves aside, Aurangabad has its own group of caves two km north of the Bibi-ka-Maqbara. They were carved out of the hillside around the 6th or 7th century AD. The 10 caves are all Buddhist. All the caves in the Western group are called Viharas.


How to reach :
» By Air - By Air : Aurangabad airport is 10 km east of the city. Both Indian Airlines and Jet Airways have a daily flight to Mumbai (Bombay).

» By Rail - Aurangabad is not on the main railway corridor, still a number of trains stop here. There are two direct trains between Aurangabad and Mumbai. There is a daily train to Hyderabad.

» By Road - Aurangabad is well connected with a metal road, which is comfortable and suited to all weathers. The distances for some of the major cities from Aurangabad are Pune (214 km), Nasik (218 km), Indore (402 km) and Mumbai (403 km).