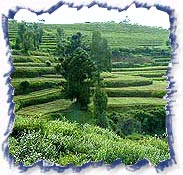 Making a trip to Kerala in summer is also quite in demand and the records of travel agents are testimony to it. Summers are not very harsh in this green strip of land and the temperature rarely exceeds 32 degrees during the period. So, paying a visit to Kerala in summers is as wise as visiting the state in winters or monsoons. The state offers a number of options to spend your summers in a quite ambiance in the lap of nature.

Ooty & Kodaikanal
Most popular summer destinations in Kerala include Ooty or Udhagamandalam and Kodaikanal. The summer chill of these hill stations is perhaps as exciting as a houseboat cruise along the backwaters of Kerala. Located at an elevation of 2,240 m, Ooty is the headquarters of the Nilgiri District and the most famous of all the hill stations in the southern part of the Indian subcontinent. Ooty rarely faces a higher temperature tha 25 degrees in the summer season. Vast expanses of coffee and tea plantations and trees of conifers, eucalyptus and pine remain scattered all over the hillsides of the place. The sights here truly are a feast for eyes.

Moving 19 km from Ooty, one arrives at Coonoor while at a distance of 31 km lies Kothagiri, other hill stations located in the Nilgiri Districts. Nilgiri has the distinction of being India's first biosphere and has also been declared as one of the 14 hotspots of the world.

Wooded slopes, imposing trees, gigantic rocks along with bowers, creeks and slopes capture one's imagination while visiting Kodaikanal. This erstwhile summer resort of the British and the Europeans lies in the Palani Hills. Trekking and mountain climbing are some of the popular options here at Kodaikanal.

Boat Ride On Vembanad Lake
The Vembanad Lake is the largest backwater stretch in the state of Kerala, the second largest being the Ashtamudi Lake. The place has sprouted a number of hotels and spas where staying could mean a lot of experiences put together. Taking a cruise along the Vembanad Lake is a nice and never-forgetting event here. The backwater cruise can range from a few hours to a couple of nights. What more, the houseboats are made so made as to provide you utmost comfort and luxury while on your trip. 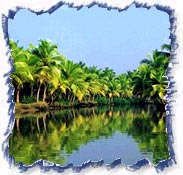 Alappuzha is one of the most favoured destinations of tourists. This is also the starting point for many a houseboat cruise. The beach is also a nice option to laze on the enjoy the scenic sights of the rippling waves and the swaying palm trees. There are other popular beaches like Kovalam, Varkala, Fort Kochi, Beypore etc.

Kumarakom and Thekkady
An early morning trip to the Kumarakom Bird Sanctuary means much fascination. The sanctuary harbours a great number of both resident and migratory birds. Some of these feathered delights are from as far as Siberia. Thekkady Wildlife Sanctuary is a haven for wildlife enthusiasts. A variety of pristine flora and fauna is sheltered in the sanctuary.