India is characterised by a hot tropical climate which varies from region to region. The winters fall between November to mid-March and summers from April to June. Northern India remains dry, dusty, and unpleasant during the summer months. The nature of monsoon, which lies between mid-July and September is erratic where some areas experience heavy rains the others experience drought and still others get flooded. Tourists can explore the country in all the seasons but by being selective for certain places during certain part of the year.

Weather and Climatic Conditions in various parts of India 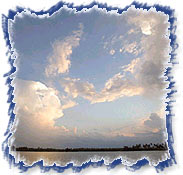 Northern Plains
Northern Plains of India which lie to the north of River Ganges have extreme climate. The area is characterised by hot, humid, and very harsh summers. Light cottons are recommended for this season. The rainy season lies between the month of July and the month of September where monsoon brings with it most of the rain received in this region. Winters present the most desirable season to tour the North India. Nights can be freezing cold so heavy woolens should be brought here.

Western Himalayas
The best time to explore the Western Himalayas (which covers the extreme northern part of India stretching form Jammu & Kashmir to Himachal Pradesh) are the summers, as the climate remains desirable with slightly cold evenings and plenty of sunny days. The Western Himalayas offer great opportunities for adventure sports like trekking, hiking, white water rafting, and mountaineering during the summers. During winters, there is heavy snowfall, due to which the area becomes inaccessible but, places like Auli, Manali, and Kufri are famous for skiing.

Central India
The two Central Indian states, namely, Madhya Pradesh and Chhattisgarh, experience summer with moderate temperatures where the winters are moderate as well. The monsoons fall between July and September which brings heavy downpour which is essential. 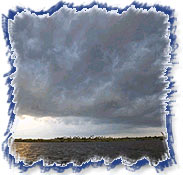 The region is characterised by summers that are extremely hot accompanied with very high humidity. Monsoon falls between mid-June and mid-September and the winters during the months of November and February where the evenings can be slightly cold. For most of the year one requires lightweight cottons and linen, warmer clothes are required for the winters and waterproof material for the soon monsoon.