Kolkata, three hundred years old, traces its history to the landing of Robert Clive on the banks of the Hooghly beside three villages. It was from here the monumental British Raj was launched in India. The capital of West Bengal, Kolkata is the major Entry point.

If Delhi is the elegant capital of the nation, and Bombay its major industrial city, then Kolkata ranks as the intellectual capital. Poets, thinkers and film directors of international reknown hail from this city where avant garde plays and art exhibitions go on show practically every day of the year. Kolkata was the first headquarters of the East India Company, and some of its best known monuments were built by this British trading house. However, the city has, within its 300 years' history, hosted other communities both from other parts of India as well as abroad - Chinese, Armenians, Jews - all of whom have left their imprint in pockets of Kolkata. Sightseeing in this fascinating city includes Raj Bhawan, the residence of the Governor of Bengal; Victoria Memorial, the city's landmark; Botanical Gardens, which are notable for the oldest banyan tree, and orchid house; Armenian Church; Marble Palace, one family's collection of memorabilia; and the Birla Planetarium. Darjeeling, the state's most popular hill resort, is a slice of England 2,134 metres above sea level. Surrounded by tea gardens growing the prized leaf known as Darjeeling tea, the little town faces some of the Himalaya's highest peaks. Darjeeling is an abrupt variation from the lowlands of West Bengal. Buddhism, being a major faith here, Darjeeling and the nearby town of Kalimpong have, between them, several Buddhist monasteries, chiefly of the Yellow Hat sect.


KOLKATA
Grown from mangrove swamps, Kolkata is the largest metropolis in India. Kolkata's role in the national economy is of crucial importance as the Gateway to Eastern India. Ships were the begining of Kolkata's history & the river Hoogly was the key to the city's fortunes. 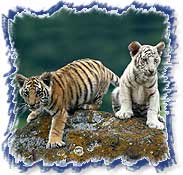 A thrilling cruise through the largest estuarine delta in the world and the biggest colony of the `Royal Bengal Tigers' - the Sundarbans. These evergreen mangrove forests pulsate with a myriad forms of life. Above the Kingfisher and White-bellied Sea eagle add a brilliant burst of colour. The sea creeps in at high tide. The forests float. The ebbing waters reveal nature so alive on the glistening mud flats. The land is split by numerous rivers and water channels all emptying into the Bay of Bengal. Venture further to discover a rich tribal folklore. It is believed that Bonbibi, the goddess of the forest, protects the wood-cutters, honey-collectors and fishermen on their hazardous missions. For, as the saying goes, `Here the Tiger is always watching you'.

Delta-forest home of the Royal Bengal Tiger. The Ganges, which is rightly known as the Ganga, carries silt and fertility from its ice-melt sources in the high Himalayas, through the lush plains of India, past the riverine port of Kolkata. Here, however, it is no longer the Ganga because it has become one of the major distributaries. For, in the flat grey-clay lands of Bengal, the great river splits into numerous channels, dividing and sub-dividing like the roots of a tree, till it pours through many mouths into the Bay of Bengal.

Between Kolkata and the final outpouring of the river are the lands knows as The Sunderbans: literally, the Beautiful Forests. Some people, believe that they could," however, have got their name from the profusion of Sundari trees. These forests are extremely dense, often impenetrable, fringed by mangrove jungles and are one of the most intriguing wilderness on earth. Most journeys through these humid forests are done by boat, and it is a fascinating trip. Fishermen's boats, like black scimitars, drift past, spreading nets for the fish that teem in these rich waters. Near the delta villages the clay is relieved by green vegetation. When the tourist ferry stops, occasionally, visitors walk ashore on palm- and-bamboo jetties to enter forest areas fenced in by bamboo corrals.

Fiddler crabs extend their cherry-red claws out of their mud burrows; curious, air- breathing, mud skipper fish climb the stilt roots of the mangroves on their flipper-like fins, viewing intruders with pop-eyed amazement. Tribes of honey gatherers live in these dark forests. They believe that the giant, saline water drinking Royal Bengal Tigers always attack from the rear and so they wear masks on the backs of their heads. This is why a posse of armed policemen accompanies all visitors who venture into these beautiful forests. Other wild creatures which lucky visitors might see are spotted deer, boar, monkey, crocodile, python, Salvator lizards, and a wide range of water birds.


Entry Permit
To visit Tiger Project area including Sajnekhali Bird Sanctuary permission is to obtained from: 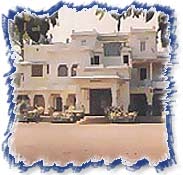 An International University founded by Nobel Laureate Rabindranath Tagore where the cultures of the East & the West could meet and mingle. Named Vishva-Bharati, the University represents Indian traditions while incorporating the best of other cultures. Shantiniketan, the abode of peace, was initially an Ashram or hermitage founded in 1863 by Maharishi Devendranath Tagore. In 1901 his son, Rabindranath converted it into an experimental open-air school with just five students. It proved a success. He widened the scope of studies which gradually formed the nucleus of a University.

Another interesting feature about Santiniketan is that splendid sculptures, frescoes, murals and paintings of Rabindranath, Nandlal Bose, Ramkinkar, Bindobehari Mukhopadhyaya and others adorn the campus.


Parks & Gardens
» Deer Park : Near Sriniketan, 3 kms from Shantiniketan. Originally, the area was a fast eroding `Khowai'. It is now a large wooded area with herds of deer and makes a natural bird sanctuary. 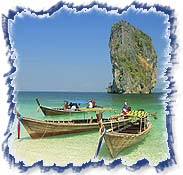 A short flight from Calcutta by air (it is also connected by flights from Delhi and Madras) is PORT BLAIR, capital of the Andaman Islands.Though travel is restricted here, those islands open to tourism, with their lovely beaches and coral beds, are a traveller's delight. On Port Blair, the Cellular Jail and Anthropological Museum merit a visit. Excursions can be taken by motor launch to the islands of Wandoor and Jolly Buoy and to the bird sanctuary at Chiriyatapoo

The Union Territory of Andaman and Nicobar Islands consisting of about 293 islands (39 of which are inhabited) is situated in the Bay of Bengal. Andaman group of islands consists of North Andaman, Middle Andaman. South Andaman and Little Andaman besides many smaller islands.Nicobar group of islands comprises Great Nicobar, Car Nicobar, Nancowry, Katchal and Chowra. The headquarters of this Union Territory is at Port Blair, situated in South Andaman Island.The topography of the islands is hilly & they abound in evergreen forests.Timber is plentiful and of a vast variety. The white sandy beaches have a back drop of luxuriant greenery & in the clear blue waters of the lagoons enclosed by coral reefs is an underwater world full of fish of every possible variety

» Clothings : Cottons throughout the year. 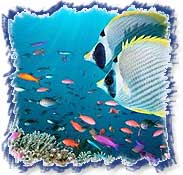 » Foreigners : Foreign tourists need a special permit to visit the Andaman Islands. This can be obtained from Indian Missions abroad or the immigration authorities in Bombay, Calcutta, Delhi, Madras or on arrival at Port Blair Airport. It can also be obtained from The Director, Ministry of Home Affairs (ANL Division), Government of India, 2nd Floor, North Block, New Delhi- 110 001, through Indian Missions at least 3 months in advance. Foreign Nationals are not allowed to visit Nicobar Islands.

This permit is valid for Port Blair Municipal Area; Havelock Islands; Long; Neil Islands; Mayabunder; Diglipur; Rangat for a period of one month where night halt is permitted. However only a day's visit is allowed to places like Jolly Buoy; South Cinque; Red Skin; Moun Hariet and Madhuban.


Places of Interest
» CELLULAR JAIL
The Bastille of India Where India's freedom fighters were incarcerated;