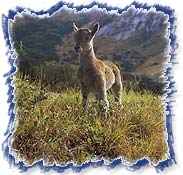 Project Tiger
India has a number of success stories to her credit in wildlife conservation, ‘Project Tiger’ has been one of the most successful conservation projects in the world. As for the tiger population, a widely accepted estimate is 40,000 in India at the beginning of 20th century. In 1972, there were not more than 2000 tigers when ‘Project Tiger’ was launched. There are reportedly 4,500 tigers in the wild in India today. This tour takes you on a delightful journey through three of India’s best known habitats of the Tiger.


Day 3 : Nagpur - Pench (93 kms / 2 hrs)
Arrive Nagpur and transfer from Railway station to Pench (1.5 hrs) by car. Afternoon Jeep Safari to Pench Tiger Reserve with an area of 757 sq km. Nestling in the lower southern reaches of the Satpuda hills, the reserve is named after the Pench river, meandering through the Park. The river is dammed and a large reservoir submerges 54 sq km of the park area which attracts the migratory and other birds in large numbers. 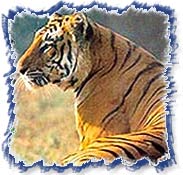 Day 4 : Pench
Morning and Afternoon Jeep Safaris in the Park.

Day 5 : Pench - Kanha
Morning drive to Kanha National Park (4 hrs). The same abundance of wildlife species exists even today in the Kanha National Park, which forms the core of the Kanha Tiger Reserve (940 sq km) created in 1974 under ‘Project Tiger’. The park is the only habitat of the rare hardground barasingha (Cervus Duvaceli Branderi).

Day 6 : Kanha
Jeep Safaris in the Kanha National Park. All meals and stay at Resort.

Day 7 : Kanha - Bandhavgarh (212 kms / 5 hrs)
Drive to Bandhavgarh National Park (5 hrs). Bandhavgarh is a small National Park, compact, yet full of game. The density of the tiger population at Bandhavgarh is the highest known in India. This is also White Tiger country, which have been found in the old state of Rewa for many years. The last known was captured by Maharaja Martand Singh in 1951. Bandhavgarh is densely populated with other species: the great gaur (or Indian bison), sambar and barking deer. The terrain is of great rocky hills rising sharply from the swampy and densely forested valley bottoms. The finest of these hills, sided with great cliffs and eroded rocks and on its highest point stands the Bandhavgarh fort, thought to be some 2000 years old. 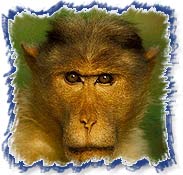