About the State
The state of Assam lies in the northeastern part of the Indian subcontinent. Apart from the much famed Assam tea, what makes Assam known far and wide is its diversified wealth of flora and fauna making it a hot travel destination of India. Assam is home to a total of five national park, the Kaziranga National Park being the most popular of them all. Kaziranga is the only national park in the country where the Indian one-horned rhinoceros can be seen in its natural habitat.

Assam has been a melting pot for a number of tribal and non-tribal groups. The cultural diversity of the state represents a harmonious combination of various racial elements. In the plains, Hindus form the major part of the population. The tribal groups mostly belong to the Tibeto-Burmese family. Assam is a conglomeration of numerous colourful tribes - Bodo-Kacharis, Rabha and Hajongs, Tiwas (Lalung), Misings, Sonowal Kacharis, Deuris, Karbis, Dimasa Kacharis, Rengma Naga, Zemi Naga, Kukis and the Himars.


Climate Check
Assam is never too hot. There are four distinct seasons- summer, monsoon, winter and spring. Between the months of October and April climate is mild. October to March, however, is the ideal time to travel Assam. 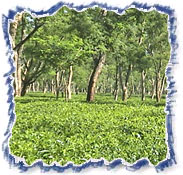 On an itinerary to the northeastern part of India, Guwahati heads the least. Little wonder that the city is considered the gateway to the northeastern part. According to the Hindu mythology, the city was the erstwhile capital of the demon king Narakasura. The legendary city has a number of travel attractions like the Kamakhya Temple, the Sukreswar Temple, the Basistha Ashram, the Peacock Island, the Umananda Island Temple etc.

Tezpur
Lying on the north bank of the mighty Brahamputra, Tezpur offers scenic surroundings and archaeological ruins for the travellers. Verdant valleys with a perfect backdrop of the snow-laden Himalayan peaks is truly a sight to enjoy. Tezpur has direct air connection from Kolkata. Sightseeing includes Agnigarh, the Bamuni Hills, the Cole Park, the Mahabhairab Temple, the Hazara Pukhuri, Bhomoraguri etc.

Dispur
Dispur was declared the capital of Assam in the year 1973. The varied topography of the place is no less attraction. It's a suburb of the district of Guwahati. While in Assam, a visit to this capital city is a must for every tourist.

Silchar
Silchar is located on the banks of the Surma river near the Bangladesh border. The city is known as a trade and processing centre of tea and rice. It has its own airport and is connected to the other key destinations of the state. 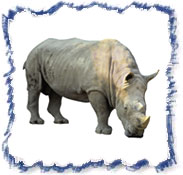 Home to the world's oldest refinery, Digboi is popular as the 'Oil City' of Assam. The city has a history dating back to the early 18th century. Places of interest include the National Oil Park, the War Cemetry, the Dibru Sariska Wildlife Sanctuary, the Namdhapa National Park, Margherita, the Golf Course etc.


Adventure Sports Options
Foaming rivers, magical blue hills, savage terrains and the tranquil countryside have given rise to a number of adventure activities, pulling in a huge number of vacationers from far and wide. River rafting along the Brahamputra tributaries - Manas, Jia Bhoroli and Kapili is a fabulous option for adventure enthusiasts. Other adventure sports include trekking, mountain biking, para sailing, hang gliding etc.


Major Airports & Railway Stations
The Lokopriya Gopinath Bordoi Airport at Guwahati is a major aiport in the state of Assam. The Indian Airlines and other private airlines operate regular domestic flights from here connecting to the major cities of the country. Tezpur and Dibrugarh are other chief domestic airports of the state. Major towns like Guwahati and Dibrugarh have good rail links with cities like Kolkata, New Delhi, Mumbai, Chennai, Bangalore, Cochin and Trivandrum.