This eight-day comprehensive tour of Nepal includes the enchanting Kathmandu valley visiting its three principal cities of Kathmandu, Patan & Bhaktapur along with other widely-known areas of interest such as the Royal Chitwan National park (932 sq. km) in south central Nepal for a wildlife experience and combining it with a visit to the scenic Pokhara valley in mid west Nepal governed in the north by the majestic Annapurna massif, a glittering wall of ice rising above the tranquil lakes of this beautiful valley. 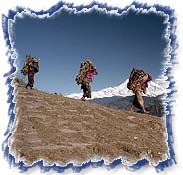 Arrival in Kathmandu. Meet & greet assistance at the airport and transfer to your hotel.

Day 02 : Kathmandu
Full day tour of Kathmandu city including Durbar Square which is also called Hanuman Dhoka named after the monkey god where a stone statue of Hanuman is placed right next to the main entrance protecting the whole palace; Swayambhunath stupa built in 250 BC, Patan -the capital city of Malla dynasty with many beautiful monuments built between 15th and 17th century and Tibetan Refugee Camp.

Day 03 : Kathmandu
Full day tour of Bhaktapur -the city of devotees, founded in 889, in the shape of a conch shell, Pashupatinath -the largest and holiest Hindu Temple & Bodhnath -the huge Buddhist stupa built during the 5th century.

Day 04 : Kathmandu - Chitwan
In the morning drive to the Royal Chitwan National Park (145 km/41/2 hrs.). At the park boundary naturalist will receive and drive you to your jungle lodge. Game viewing in the afternoon. Thanks to the extensive and effective park and reserve system, Chitwan has managed to preserve more endangered species of flora and fauna than any other area. 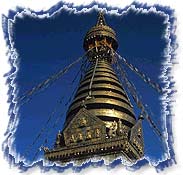 Full day jungle activities such as elephant safari/jeep safari, dugout canoe ride, bird watching etc. In the evening witness a performance of Tharu stick dance or a slide show on the flora & fauna of the Chitwan Park.

Day 06 : Chitwan - Pokhara
Drive to Pokhara. Check-in at your hotel. Afternoon at leisure in this beautiful hill resort situated in the central of Nepal, with its sub tropical vegetation of banana palms, citrus trees, rice paddy and mustard fields. Dominated by the Annapurna Massif to the North, the Pokhara valley is dotted with lakes.

Day 07 : Pokhara
Morning tour of Pokhara City and a boat ride on the Phewa Lake -the second largest lake of Nepal.

Day 08 : Pokhara - Kathmandu - Back Home
Drive back to Kathmandu and departure transfer to connect your outbound flight.