Location of Mumbai : Southwestern India, Maharashtra
Formerly Known As : Bombay
Famous As : Financial And Commercial Capital Of India
Best Time To Visit Mumbai : October To March
Its young, its lively and a confluence of varied cultural currents and cross currents have given Mumbai a unique position of the most multi-ethnic city of India. The capital city of Maharashtra State , formerly known as Bombay lies in the southwestern part of India and occupies a peninsular site originally composed of seven islets lying off the Konkan coast of western India. Oozing with the cocksure self-confidence of a maverick moneymaker and "Bindass" (carefree) attitude, Mumbai is also country's financial and commercial hub and has a principal port on the Arabian Sea.

Yet, there's another face of Mumbai too that is of the most densely populated cities in the world. Mumbai is located on a site of ancient settlement and took its name from the local Goddess "Mumba" - a form of Parvati, the consort of Shiva, one of the principal Gods of Hinduism - whose temple once stood in what is now the southeastern section of the Mumbai city. Read more about Mumbai 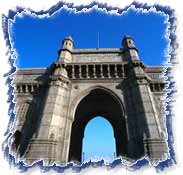 » Juhu Beach - Juhu is one of the largest and frequently visited beaches of India. Located 18-km north of the city centre, it's a beckoning beach on the shores of Arabian Sea and is one of the posh localities of Mumbai.

» Marine Drive - Marine Drive located in the central Mumbai, built in the 1920s and 1930s on land reclaimed from the sea, is Mumbai's most famous thoroughfare.

» Essel World - Perfect for a one-day holiday, Essel World offers over 40 exciting rides, games, and attractions. The Water Kingdom is said to be the largest of its kind in Asia.

» Bollywood : The Film City - "Bollywood", as it is called, produces the second most number of pictures in the world every year, next only to Hollywood, U.S.A. Mumbai claims to be the world's largest production centre for films. Click here for more... Tourist Attractions


Excursions from Mumbai :
» Bassein - Bearing a close resemblance to Goa, a quite place where tourists can take time off from the crowd.

» Elephanta Caves - An hour's boat ride from Colaba, the tranquil, forested island of Elephanta is one of the most atmospheric places in Mumbai. 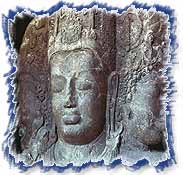 » Matheran - Matheran is the closest hill station to Mumbai and Pune . Ideally suited for the weekend Matheran provides a break from the city.

» Essel World - Perfect for a one-day holiday, Essel World offers over 40 exciting rides, games, and attractions. The Water Kingdom is said to be the largest of its kind in Asia.