Location : Kaziranga National park is situated on the banks of the great Brahmaputra River and lies in the far North East of India in Bokakat(23 km) in Assam.
Best time to visit : The best time to visit the national park is from mid-November to early April months. During the monsoons, the Brahmaputra River floods the low-lying grasslands causing the animals to migrate from one area to another within the Kaziranga National Park. 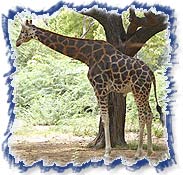 Located in the northeastern state of Assam, Kaziranga National Park is one of the most ideal place in India to explore the wildlifes of India. You will come across several rare and endangered species here which you might not get to see elsewhere in the world. Kaziranga is home to largest number of rhino population in the world. Besides, you can also find elephants in huge numbers, other animal species and several kinds of resident birds moving freely within the park area.


How to reach :
Air : Airport at Guwahati, which is 217-km away from the park is the nearest airport and the other airport is situated at Jorhat, 97-km from Kaziranga.
Rail : The nearest railhead is Furkating at a distance of 75-km Kaziranga National Park.
Road : At the main gate for Kaziranga Wildlife Sanctuary, at Kohora on the NH-37, ASTC and private buses stop on their way to and from Guwahati, Tezpur and Upper Assam. Besides these buses, some private buses also retain a seat quota for Kaziranga passengers. 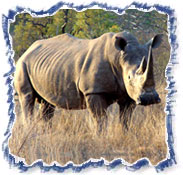 
Park Trip
The elephant safari is the best way to move in & around the park. You can also venture into the dense forest covers of the park while sitting on the elephant's back, which are unaccessible otherwise.