India is a nation of contrast and colours, it is home to a billion people of different races and religions. This introductory tour features the famous marks of history lying at the Golden Triangle of Delhi, Agra and Jaipur. Delhi has always been the centre of various kingdoms in its history of 3,000 years. Agra was the centre of the medieval Mughal Empire. This city of grandeur, art and culture has the gem of Indian architecture - the Taj Mahal. Jaipur - the princely state capital, was painted pink (the traditional colour of welcome) in honor of the visit of Prince Albert, consort to Queen Victoria in 1883. 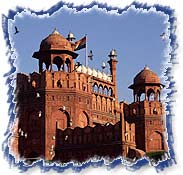 Met upon arrival in Delhi and transfer to your hotel.

Day 02 : Delhi
Full day visit of Delhi. Exploring the fascinating character of a capital from the 6th century temple complex with a rust free Iron Pillar and the Qutab Minar -tallest structure of the 11th century to the ultra modern chrome and glass skyscrapers, and from imperial India's Parliament House and the president's House (formerly Viceroy's residence during the Raj) to the never ending bustle of the walled city surrounding Jama Mosque. Also visit Humayun's Tomb - the only monument ever built by a lady in the memory of her beloved husband.

Day 03 : Delhi - Jaipur
Drive to Jaipur (232 kms/4.5 hrs) the present capital of Rajasthan is the famed pink City known for its palaces, three hill forts and a shopper's paradise. Check in at your hotel. Afternoon at leisure.


Day 04 : Jaipur
Morning excursion to Amber - capital of the old state of Dhundhar, located on the rugged hills that surround Jaipur. Painted elephants will take you up the hill to admire the massive getaways, courts, 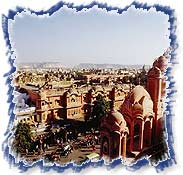 stairways and pillared pavilions and palaces that recall the glory and wealth of Amber's association with the Mughals. Afternoon city sightseeing visiting the City Palace Museum (still houses the erstwhile royal family) Jantar Mantar - the Royal Observatory and Hawa Mahal (Palace of Winds) -built for the royal ladies to watch the activities on the market street below without being observed themselves.

Day 06 : Agra - Delhi / Back to home
Visit Taj Mahal in the morning. Nothing neither photographs nor descriptions can prepare you for the experience of this monument -the tomb of Mumtaz Mahal called Taj Mahal. Here the cherished companion of Emperor Shah Jahan was laid to rest. It is an acclaimed architectural masterpiece and one of the seven wonders of the world. Afternoon visit Agra Fort.
Later drive to Delhi (203 kms /4 hrs) and connect flight for your home country.